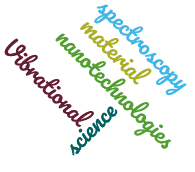 He obtained the PhD title in Engineer of Materials in 2008 (January), with the dissertation “Investigation of charge-transfer phenomena in fulleropyrrolidine-donor supramolecular systems”. In the same year, he won a fellowship for young researchers (C.O.S.T. Project and Regione Puglia) for a period in a foreign Institution and he worked for three months in the laboratories of Professor Dirk M. Guldi of the Friedrich-Alexander-Universität Erlangen-Nürnberg.

Since 2010, Gabriele Giancane works as permanent researcher at the Cultural Heritage Department of University of Lecce. The main research topic is related to the diagnosis of the conservation state of writing supports (such as paper, parchment, papyrus) and materials for pottery and sculptures, and to the analysis of the raw materials used to obtain the artifact by means of conservative methods (ATR-FTIR, Raman, UV-Vis, X-Rays).

Gabriele Giancane is co-author of 80 scientific. He is reviewer for many eminent scientific journals and it belongs to editorial board of Nanomaterials (MDPI).