SEM-EDS Elemental analysis of the pigments from Nauportus

Nauportus (modern Vrhnika) developed in an area where crossing the eastern Alps and the northern Dinaric ridges was easiest and where the navigable route that led along the Rivers Ljubljanica – Sava – Danube towards the Black Sea began (fig. 1)1.

A settlement of the Celtic Taurisci stood here, at least around the middle of the 2nd century BC2. Being strategically advantageous, the area attracted the Romans who founded a settlement here towards the end of the 2nd or in the early 1st century BC. Part of this settlement has been unearthed at the Stara pošta site3. Between the mid-1st century BC and the Late Augustan period, there was a fortified storehouse complex at Dolge njive that included a port for transit traffic and for supplying the legions engaged in the Middle Danube area4. Nauportus had the status of a vicus at least by the mid- 1st century AD and formed part of the territory of Aquileia5. From the second decade AD on, the role of Nauportus as the central Roman settlement in the wider area of the Ljubljana Basin was taken over by the newly founded Colonia Iulia Emona6. Life at Nauportus continued to Late Antiquity.

The remains of Roman Nauportus have been investigated at several sites. One of them is in the area of Breg, at the Kočevarjev vrt site (Jelovškova ulica No. 10-11). In the Roman period, the site was probably located at or near the via publica leading from Aquileia to Emona. The archaeological investigations in 2005 unearthed the remains of the settlement with several phases of construction, as well as a mass of portable finds and well-preserved organic residuals that shed light onto the human occupation of the site between the end of the 1st century BC and the 5th century AD7 (fig. 2).

The recovered archaeological finds include four blue and one orange nodules that offer new information on the everyday life and the functioning of this part of Roman Nauportus.

Three of the blue nodules (PN 159, PN 163 and PN 173) were found in the fill of a waste pit (SE 11) from the first, wooden phase of settlement. The nodules measuring 1.5-2.5 cm in diameter have a yellowish-brown surface patina and a light to dark blue medium-grained interior. They were unearthed in the pit together with North-Italian sigillata B plates of the Consp. 18.2 and 20.4 types, plates with rectangular FLAVI and STRATOR stamps, Consp. 22.6 and 26.1 cups, Arretine sigillata plates of the Consp. 20.3-4 and 21.2 types and a Consp. 37.1 cup, reduction- and oxidation-fired thin-walled pottery, amphorae of the Agorà F65-66, Camulodunum 189, Dressel 2-4 and Dressel 6b types, as well as volute-lamps. The small finds date the fill to the Tiberian period8.

The fourth blue nodule (PN 814), measuring 1.3 cm in diameter, was found in a debris layer (SE 232) from the second phase of settlement. The layer also yielded a Sarius bowl, a North-Italian sigillata B plate of the Consp. 21 and a cup of the Consp. 27.1 types, an Arretine sigillata cup of the Consp. 32.2? type, reduction-fired thin-walled pottery, amphorae of the Camulodunum 189 and Dressel 6b types, as well as Loeschcke X Firmalampen. The small finds date the layer to the second half of the 1st century and the first half of the 2nd century AD9 (fig. 3).

The brick red nodule (PN 1000), measuring 1.1 cm in diameter, came to light in the fill of drainage Ditch 12 (SE 1422) from the first, wooden phase of settlement. Also found in the fill were Aco beakers with no slip, North-Italian sigillata B plates of the Consp. 12.1 type, a plate with a PRIMI ONIS rectangular stamp, Consp. 14.1 and 22 cups, oxidation-fired thin-walled pottery and a Tiegellampen III oil lamp. The small finds attribute the fill to the Middle-Late Augustan period10 (fig. 4).

Samples were first examined under a binocular microscope and then under a JEOL-JSM-ITI100 scanning electron microscope (SEM). Unprocessed nodules and fresh fractures were observed uncoated in a low vacuum mode (40 Pa) at an accelerating voltage of 15 kV and a working distance of 9-11 mm.

The examination under binocular microscope revealed a fine-grained aggregate with impurities.

A qualitative and semi-quantitative EDS analysis has shown a compound with high silica, aluminium and iron content (figg. 9-11).

Egyptian blue was made by heating together silica, copper, calcium carbonate and an alkali (potassium or sodium), at temperatures ranging between 850 and 1050°C. The obtained mixture or nodules of the blue calcium-copper-silica crystals and the white silica crystals (which represent impurities) were ground and sieved to obtain a pigment. It was used to produce a variety of blue shades12.

The earliest known remains of Egyptian blue possibly come from Tomb 3121 at Saqqara dated to the reign of Qa’a (around 2900 BC)13. In the 3rd and 2nd millennia, it was used not only in Egypt, but also Mesopotamia14 and Greece15. Throughout the 1st millennium BC, it formed a standard part of the painters’ palette across the Mediterranean16. Theophrastus calls it kyanos and relates that it was produced in Egypt, Scythia and Cyprus17. Vitruvius calls it caeruleum andstates that it was first manufactured at Alexandria, and afterwards by Vestorius at Puteoli18[17]. In the Roman period, it was produced at least in the Near East, Greece and the Bay of Naples19, whence it was distributed across the Empire20. It was mostly used for wall paintings and sculptures21. Its production decreased after the fall of the Roman Empire, but it continues to be made and used to the present day22.

Production of Egyptian blue was cheap and relatively simple, which probably made it an affordable replacement for the more expensive pigments of azurite and lapis lazuli23.

The fine-grained texture with impurities and high silica, aluminium and iron content revealed the nodule as red ochre24.

Ochre is a naturally occurring family of earth pigments composed of iron oxides (hematite, goethite, limonite), aluminosilicates (kaolinite, illite), silica and a calcium component (calcite, anhydrite, gypsum, dolomite). It is red ochre when hematite predominates, yellow ochre if limonite predominates and brown ochre with prevailing goethite. When heated to temperatures above 250°C, certain types of ochre turn red, a phenomenon already known in the Stone Age. Ochre deposits occur either on the surface or at shallow depths, in the vicinity of ore deposits or concentrate in sediments. Before use, it requires the removal of major impurities, drying, sieving and additional grinding if necessary. It was used to obtain different shades of red25.

Ochre is one of the earliest natural pigments used by humans26. In the Roman period red ochre was among the most commonly used pigments, mostly for wall painting27. It was extracted at least in Egypt, Cappadocia, Greece and the Balearic Islands, and distributed across the Empire28. It is still in use today.

The nodules as the material from which blue and red pigments were prepared may be evidence of painted decoration on walls, sculpture or architecture, or of pigment trading that took place at Nauportus in the 1st century and the first half of the 2nd century AD.

Pieces of painted wall plaster and rich architectural decoration have been found at Nauportus, but very rarely. Several such pieces have come to light at Breg, some 140 m south-east29 and some 160 m north30 of the Kočevarjev vrt site, also at Dolge njive, around 200 m away31, and at Gradišče, roughly a kilometre away32.

Bearing in mind the location of Nauportus along a major trading route, it is also possible that the pigment nodules from Kočevarjev vrt represent merchandise transported via Nauportus alongside grapevine plants33, wine34, fish sauce35, textile36 and ceramics37, either eastwards from Italy or in the opposite direction. 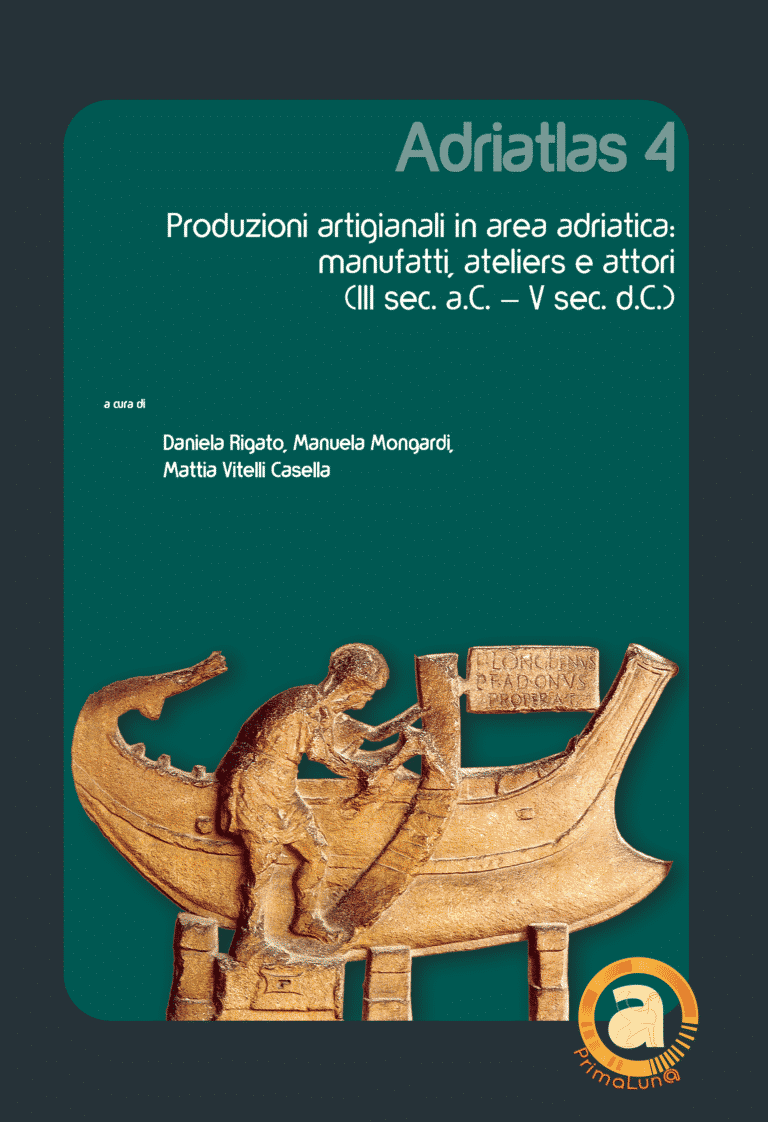